A lot of people – maybe Americans – seem to view mindfulness a lot like Jack Donaghy:

Having never meditated before, Jack exhorts himself into an altered state and discovers the answer he seeks just by seeking.

Today I’d rather talk about the implications of this, though.

Even though a lot of us understand that mindfulness requires practice, diligence, and attention, and even though we know it is a pursuit that some people spend a lifetime engaged in, always growing, nevertheless: we still get pissed off at ourselves when we don’t “meditate perfectly.”

I submit this comes from applying consumer logic to wellness. In the market, we’re driven to buy things that meet our needs and desires. The acquiring of a thing is equivalent to the enjoyment of a thing.

Mindfulness culture has a strong consumer component, too. You can’t pet a live cat without self-help books, meditation workshops, crystals and soothing candles all clamoring for your money and attention. In our society, you can go to a bookstore and buy enlightenment… right?

The tin never says, “involves lifetime commitment to difficult, arduous practice that will challenge your assumptions about yourself and the world.” The tin always says “be a better mom, lover, and business partner in three hours!”

So damn, maybe you think. Look what I’ve done. I’ve spent this money, and this time, and I’m still unhappy. I meditated like three times and I still have problems!

THESE CRYSTALS ARE BROKEN!

It sounds funny, but if you’re anything like me, you can really beat yourself up about this.

When you want to buy a TV, you buy a TV. It doesn’t take years to realize the benefits of having bought a television. You plug it in, you get your S.O. to figure out how to connect it to all the other devices, and in half an hour, you’ve got a TV.

It’s just not the same for inner calm. You have to understand that you can meditate and have a panic attack on the same day, and it doesn’t mean that 1) you’re bad at meditation or that 2) meditation isn’t worth it.

You can go to yoga and still end up flipping someone off in traffic. You can drink chamomile every waking minute of every day and still not be able to abide your mother-in-law.

Becoming aware of mindfulness doesn’t make you mindful in the way that buying a TV makes you the owner of a TV. And you didn’t “do it wrong” if you failed to attain nirvana within 12 minutes of deciding to try mindfulness. 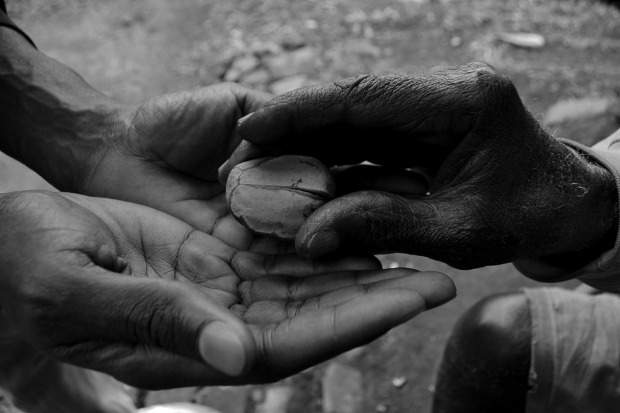 When I was 19, I went with the Jewish outreach organization Chabad House to New Orleans to help clean up after Katrina. I used to tell this story more often (it’s been over a decade since then), but back then I noticed people always asked, “did you build houses/work with Habitat for Humanity?”

We did briefly work with Habitat for Humanity for a day, but in most of New Orleans when I was there, it wasn’t time for that yet. Most of our days were spent tearing down existing structures left standing by the storm but so damaged as to never be livable again.

You can’t build fresh on top of rubble. It’s in the way. It will spoil new plans. And you can’t expect yourself to build a fresh new psyche – in minutes or hours, no less – on top of everything that’s happened to you in your life.

You will have to clear the rubble away. You’ll have to scrub and disinfect and then shower and wake up and do it all tomorrow. You will. But if you stop thinking you can and should do it all in an afternoon, the journey will be that much easier.